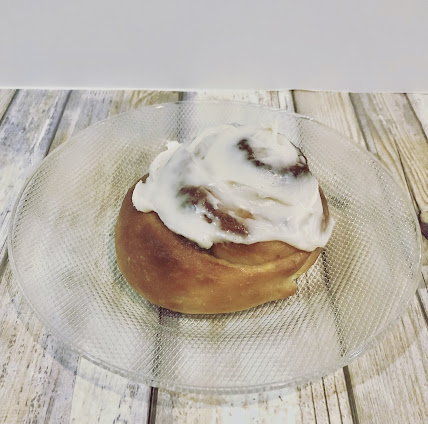 In my email box was a recipe from King Arthur Baking Company (formally known as King Arthur Flour) entitled, 2021 Recipe of the Year.  This intrigued me and I read on..."There's something magical about warm-from-the-oven cinnamon rolls."Well, that had me hook, line and sinker!
Reading on, I discovered the ingredients called for making a Tangzhong, a yeast bread technique popularized by cookbook author, Yvonne Chen.  It involves cooking some of the flour and liquid together to form a paste-like substance.  Bringing the temperature of the flour and liquid to a 149F-degree (65C-degree) pre-gelatinized the flour's starches, which makes them more able to retain liquid.  This technique gives the name, Pillowy Cinnamon Rolls their validity and one I've used several times over the last months when making Japanese Milk Bread.
Over the last 10 months, I have baked a lot of bread, even more than I normally do because it's become a comfort food to make during this Pandemic.  These cinnamon rolls brought back memories of going to the Thousand Oaks Mall with my daughters after school and indulging in a treat of cinnamon rolls while the girls had a special Lime Rickey drink.  We talked about their school day and shopped a bit, but mostly it was allowing us a special treat for having a good day together.
The rolls are easy to make and like the recipe promises--they are Perfectly Pillowy, which they claim will last, well-wrapped a couple of days at room temperature or you can freeze for up to 1-month.
Tangzhong
1/2 cup (113g) whole milk
3 T King Arthur Unbleached Bread Flour
Combine the ingredients in a small saucepan and whisk until no lumps remain.  Place the pan over medium heat and cook the mixture, stirring regularly, until a thickened,  paste-like, and the spoon or spatula leaves lines one the bottom of the pan.  This should take 1 to 3 minutes. 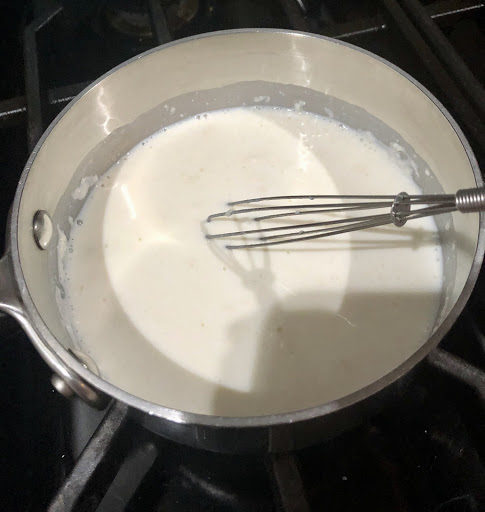 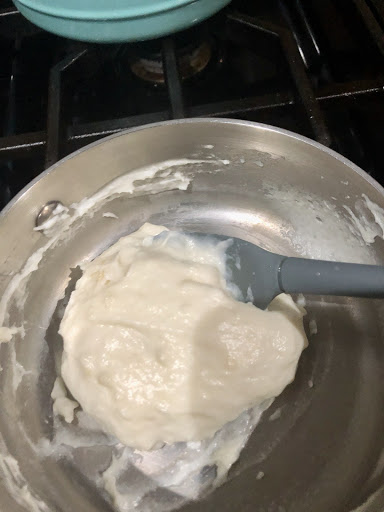 Remove from the heat and transfer to a large mixing bowl of a stand mixer with the dough hook attachment.
Dough
2/3 cup (151g) whole milk, cold
2 1/2 cups (300g) King Arthur Unbleached Bread Flour
1 tsp. salt
2 T granulated sugar
2 tsp. instant yeast
4 T (57g) unsalted butter, softened to room temperature
Add these ingredients to the mixing bowl, in the order listed.  The heat from the Tangzhong will hel- to warm the cold milk.
Mix on low speed to bring the dough together.  You'll know it's ready to be kneaded, when no more dough clings to the sides of the bowl.  Knead (I use a silicone mat a friend gave me) until it's smooth, elastic, and just a bit tacky.  Try to resist adding more flour as this will toughen your dough.  Shape the dough into a ball and place in a bowl you have buttered.  *My trick is to place my bowl in the microwave with 1 tablespoon of butter and heat for 40 seconds.  The bowl is warm and you can use a pastry brush to coat the sides of the bowl. 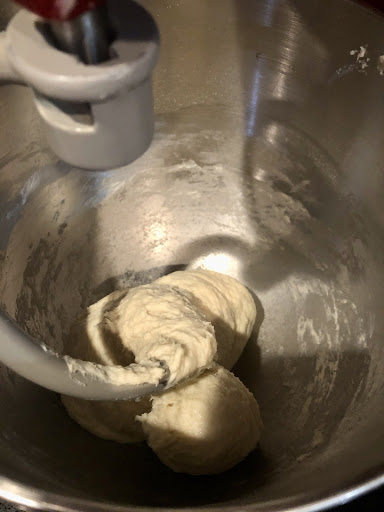 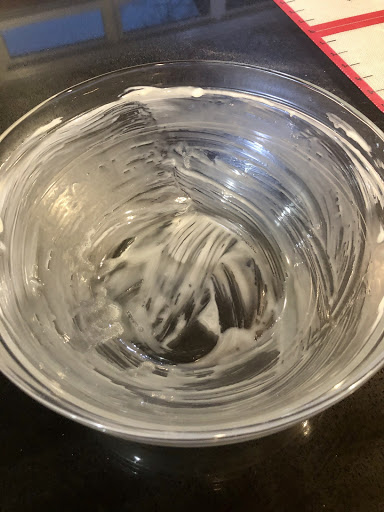 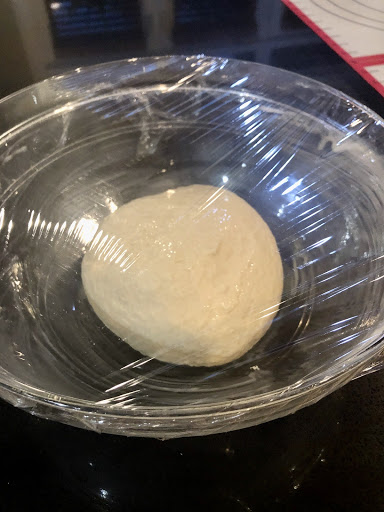 Cover the bowl with plastic food wrap and set in a warm place in your kitchen to let the dough rise until puffy, but not necessarily doubled in bulk--60 to 90 minutes.
Make the filling while the dough is rising.
Filling
1 T unsalted butter, melted
1/2 cup light brown sugar, packed
2 T King Arthur unbleached Bread Flour
3 to 4 tsp. cinnamon
1/16 (a pinch) of salt
Put the melted butter in a bowl and add the rest of the ingredients, stirring the mixture until it has the texture of damp sand. Set aside. 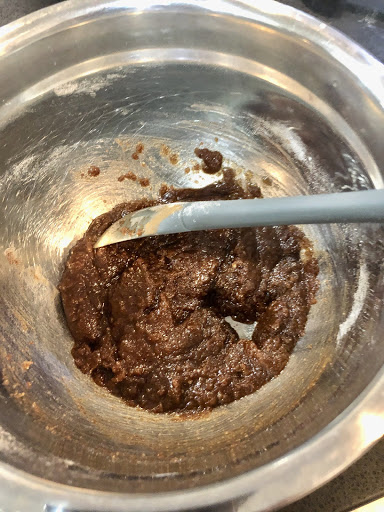 To assemble the rolls: Transfer the dough to either a lightly greased work surface or as I did, use my silicone baking mat.  Press into a 10 x 12-inch rectangle that's about 1/2-inch thick.  Try to actually create a rectangle (with corners) and not an oval. 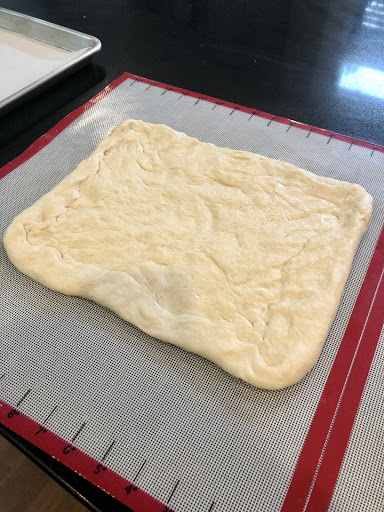 Spread the filling over the surface, covering all but a 1/2-inch strip along one long side. 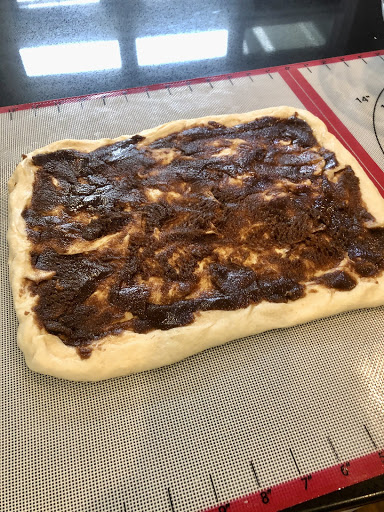 Starting with the long side, roll the dough into a log.  Score the dough into eight (8) equal 1 1/2 to 2-inch pieces.  This generous size is part of their charm!  For the cleanest cut, you dental floss, but a bench knife or sharp knife will work too.  Place the rolls onto the prepared baking sheet, spacing them at least 2" apart away from the edges. 3 - 2 - 3 arrangement works well. To prevent them unraveling, tuck the ends of the spirals underneath the rolls to hold them in place.  I use a small, clear, garbage bag to cover my baking sheet, but you can use plastic food wrap as well.  Again, place them in a warm part of the kitchen and allow to rise 30 to 60 minutes.  The rolls should be puffy and the dough shouldn't bounce back immediately when gently pressed.  About 20 minutes before they are ready, preheat oven to 375F-degrees 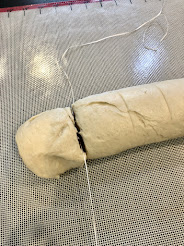 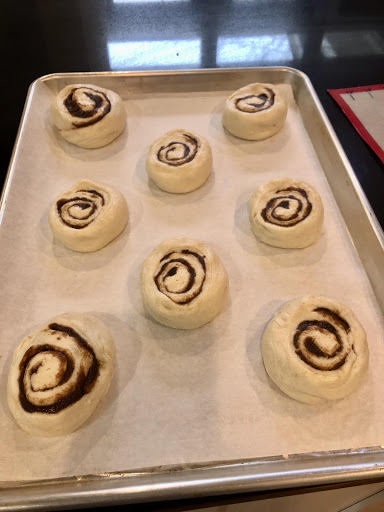 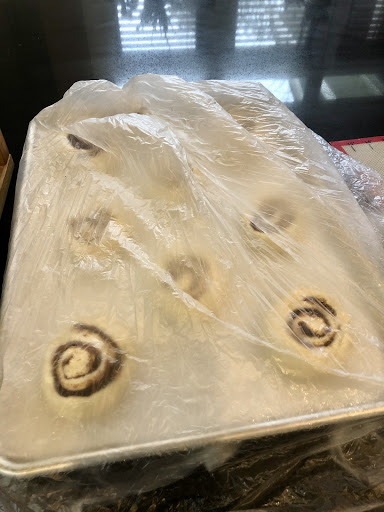 Bake the rolls for 14 to 18 minutes.  Mine took 15 minutes until they were a light golden brown and a thermometer in the center of one roll read 190F-degrees.
Remove from the oven and brush with 1 1/2 T melted butter.  Let rolls cool 10 to 15 minutes before icing them. Icing
1 1/2 T unsalted butter, melted
1/2 tsp. vanilla extract
1/16 (pinch) salt
1 1/2 cups confectioners' sugar (icing sugar)
1 to 2 T milk, cream, or buttermilk (I used half-&-half)
Combine all the ingredients, mixing until you have a smooth icing.  I placed a dollop on each roll, then used an offset spatula to spread. 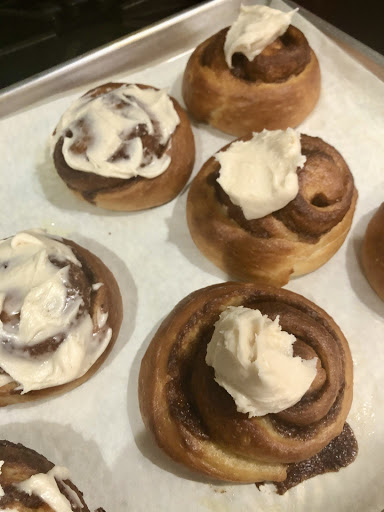 The last few days have been rainy and cool, so the thought of a warm cinnamon bun put a smile on my face.  These are worth trying--Enjoy!
at January 02, 2021 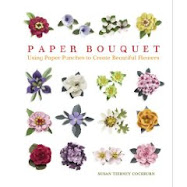